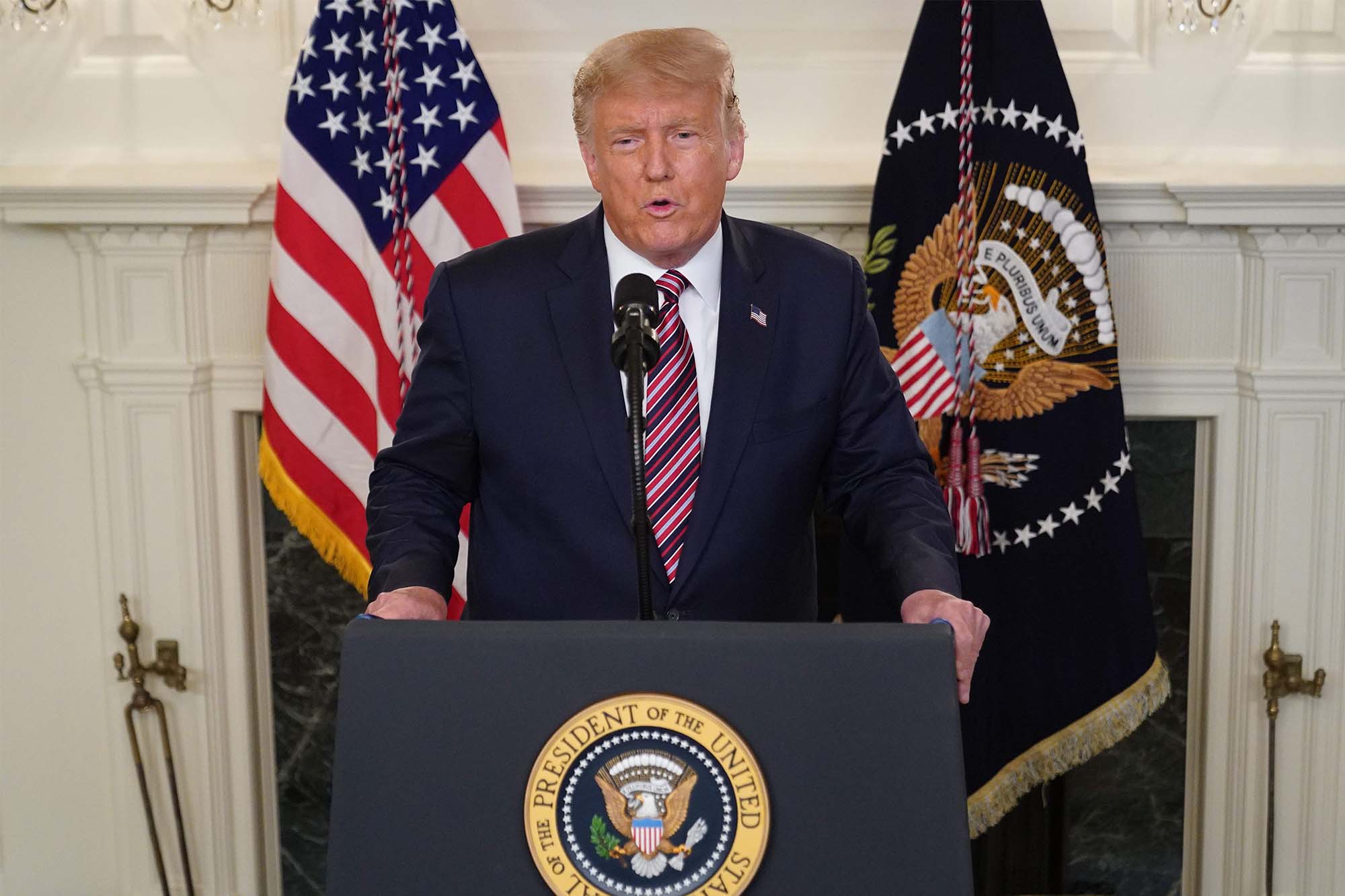 President Trump on Wednesday listed 20 additional candidates he would consider for the Supreme Court if he’s re-elected, including three Republican senators.

Sens. Ted Cruz of Texas, Tom Cotton of Arkansas and Josh Hawley of Missouri made the list. Hawley is a former clerk for Supreme Court Chief Justice John Roberts.

US ambassador to Mexico Christopher Landau and assistant attorney general Steven Engel are among the 20, as are a large number of federal judges.

Trump said he also would consider 24 candidates left over from a 25-person list of options last revised in 2017 when Justice Anthony Kennedy announced his retirement.

Trump seeks to boost conservative enthusiasm ahead of the Nov. 3 election with the list. Publicly naming potential justices reassured and invigorated the Republican base in 2016.

A fourth Republican senator, Mike Lee of Utah, was included on the prior list, as was Lee’s brother, Utah Supreme Court Justice Thomas Lee.

“Apart from matters of war and peace, the nomination of a Supreme Court justice is the most important decision an American president can make,” Trump said at the White House. “For this reason, candidates for president owe the American people a specific list of individuals they consider for the United States Supreme Court.”

The additions may also unify Republicans and heal old wounds.

Cruz, 49, was famously nicknamed “Lyin’ Ted” by Trump during the 2016 Republican presidential primary, but is well-regarded by conservatives and libertarians.

Cotton, 43, and Hawley, 40, would potentially grant conservatives a five-decade spot on the court.

Senate confirmation votes require only a majority in favor, making it possible for GOP senators to confirm one of their own, though only if Republicans continue to hold the Senate.

Trump said it is “very important that Joe Biden put up potential nominees” and linked control of the court to a variety of political issues.

“Unfortunately there’s a growing radical left movement that rejects the principle of equal treatment under the law. If this extreme movement is granted a majority on the Supreme Court, it will fundamentally transform America without a single vote of Congress,” Trump said.

“Radical justices will erase the Second Amendment, silence political speech and require taxpayers to fund extreme term abortion. They will give unelected bureaucrats the power to destroy millions of American jobs. They will remove the words ‘under God’ from the Pledge of Allegiance. They will unilaterally declare the death penalty unconstitutional, even for the most depraved mass murderers. They will erase national borders, cripple police departments and grant new protections to anarchists, rioters, violent criminals and terrorists.”

Biden’s campaign did not immediately respond to a request for comment, including on whether the former vice president will issue his own list.