We had Alexis Sanchez playing a piano in a Manchester United shirt. John Terry being added to an Aston Villa WhatsApp group where owner Dr Tony Xia is teasing his manager Steve Bruce.

Mohamed Salah scrolling through ‘announce Salah’ tweets before telling the Liverpool supporters at home: ‘Salah announced.’ Antonio Rudiger giving a young Chelsea fan permission to have his name printed on the back. Wayne Rooney signing a camera lens on his return to Everton.

The list of weird and wonderful transfer announcements has grown long in recent years – and it is only getting bigger as clubs bid to upstage one another in the Twittersphere. 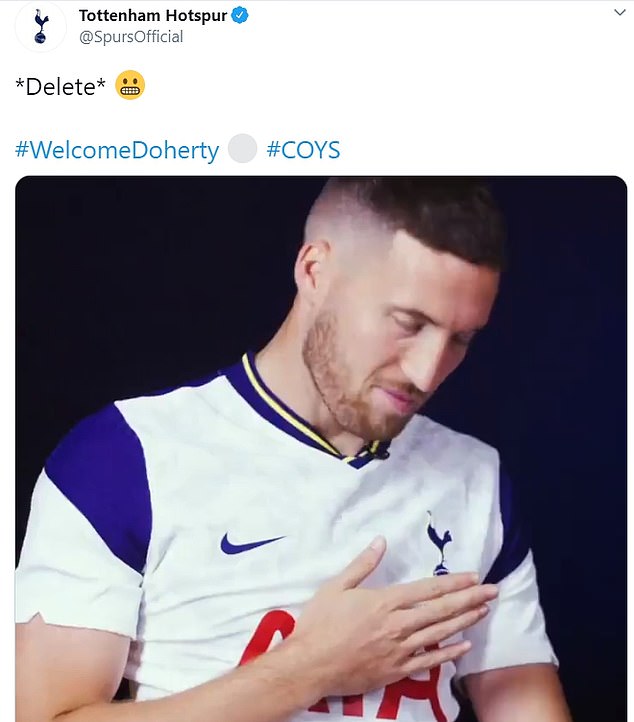 This week we saw Tottenham’s Matt Doherty deleting old tweets about his love for Arsenal. Then we had David Luiz and Willian revealing their new team-mate Gabriel Magalhaes via a video-call.

Further down the leagues, Oxford City previously went viral when they announced their signing of Matt Paterson in a McDonald’s restaurant (a Happy Deal indeed). Yeovil, meanwhile, used the dating app Tinder to swipe left to Lionel Messi, Neymar and even Lee Trundle before matching with Oscar Gobern. 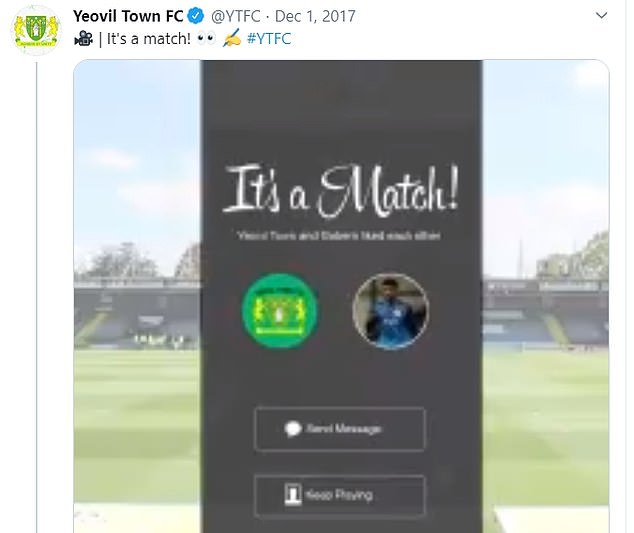 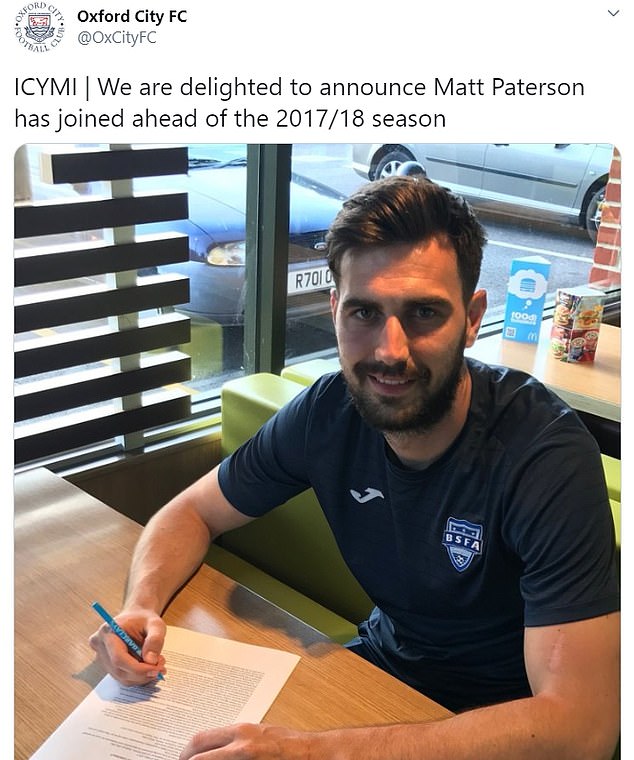 Kai Havertz to Chelsea was arguably the worst kept secret of this transfer window, although the shock of this announcement when it came was that it was relatively low key.

But gone are the days when every club might simply have their new signing hold a scarf aloft. Now there is internal pressure to ensure they engage with their fanbase and, frankly, get clicks.

It can get ugly if they don’t satisfy the masses – one Arsenal supporter last week started a petition calling for their admin to be sacked because they’ve had ‘enough of him trolling us and his late line-ups’. Complete with a picture of the employee, it’s collected more than 100 signatures.

A video can be branded a failure within seconds – just ask Sevilla, who pretended to kidnap Jesus Navas by forcing him into the boot of a car and driving him to their stadium.

But generally, a great deal of thought goes into them. Discussions are held in the club’s media department. What will work? What will fall flat? Do we have time to create a film? How can we satisfy the sponsors? The winning idea is put to the player and his agent, who you hope hold no objections. Then you produce it, publish it, and watch it fly.

‘Creative player announcements aren’t a new thing,’ one social media editor told Sportsmail. ‘Just over a decade ago Manchester City unveiled their huge Carlos Tevez “Welcome to Manchester” billboard to get one over on Manchester United in a way that had everyone talking. 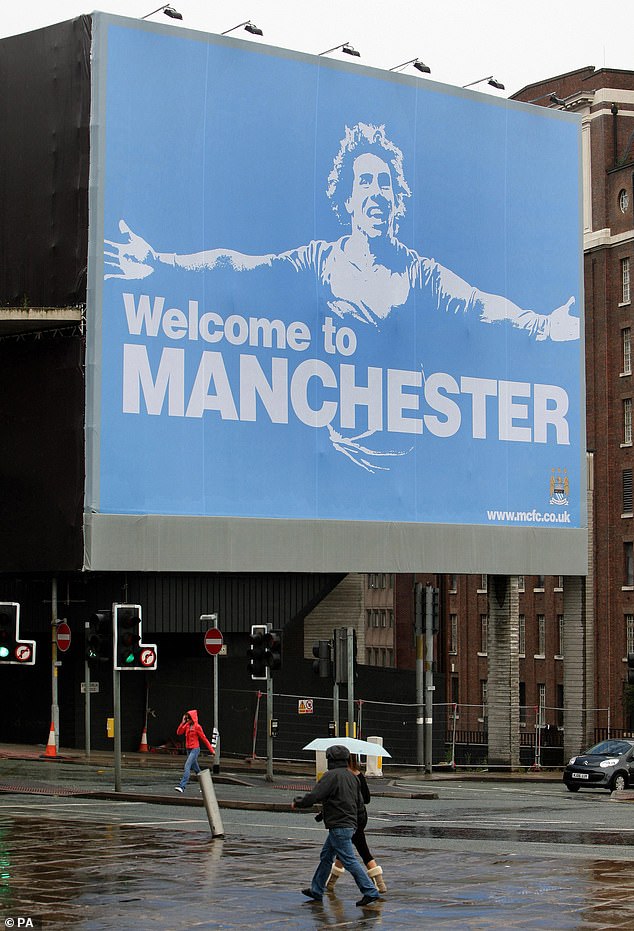 The transfer announcement war really hot up in 2009, when City taunted their neighbours

‘The rise of social media has given clubs freedom to go beyond a clever, commercial stunt and potentially go viral. It’s a way to engage with their own supporters as well as an opportunity to offer an insight into their new signing.’

Sanchez and his piano went viral across United’s digital platforms, as did Paul Pogba and that hashtag ‘Pogback’. Even the announcement video of Diogo Dalot was viewed 830,000 times on YouTube.

Sometimes, though, there isn’t time for a grand unveiling.

With Donny van de Beek away on international duty, United announced his arrival this week with a simple tweet to their 22.8million followers. The Dutchman, who had not tweeted himself in more than two-and-a-half years, attracted 20,000 new followers in an hour.

Daley Blind’s Twitter following increased by 72 per cent within a fortnight of him joining in 2014, too – something Ed Woodward supposedly likes to remind the representatives of potential new signings.

Clubs treat announcements of new managers and contract extensions in the same way. 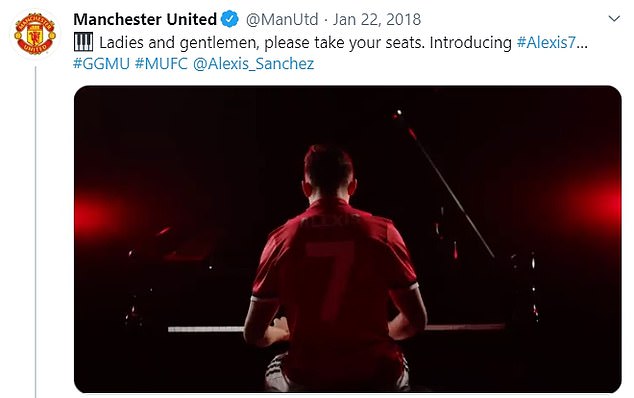 Crystal Palace were clever in confirming Frank De Boer by emitting white smoke from The Original Tasty Jerk takeaway, close to Selhurst Park. Southampton’s video, in which they announced a new one-year deal for reserve goalkeeper Stuart Taylor, was fabulously ironic and worth looking up, too.

‘Footballers are often seen from a singular lens,’ one industry insider said. ‘This can make them and the club more relatable. For smaller clubs it can even be an opportunity to reach those who may not be aware of the club and boost their fanbase.’

There’s a fine line between being clever and cringe, of course. In 2018, Villa used a clip from Love Island to confirm that Andre Moreira had ‘entered the Villa’. That turned out to be the Portuguese goalkeeper’s greatest contribution to the club, given he never made a league appearance.

It helps if the player already has his own following. When Rooney put pen to paper on professional terms at Goodison Park in 2003, he sat behind a desk and signed a contract.

But when it came to rejoining Everton in 2017, Rooney applied his signature to a camera lens with the club producing a slick #welcomehomeWayne film. Naturally, it went worldwide. Everton don’t have much of a following in South East Asia or South America, but they even went viral there.

How? Because Rooney has that audience. When he joined Derby County, the Championship club tweeted the hashtag ‘WR32’. Regardless of its simplicity, it smashed their social media records. 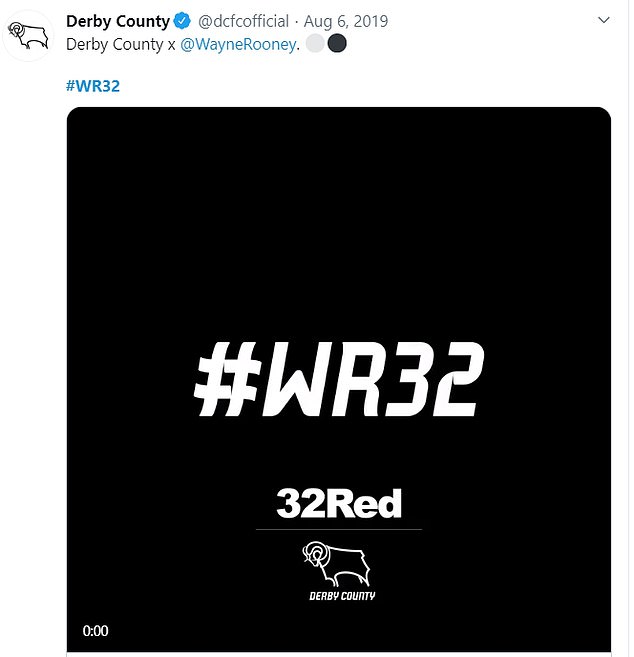 Such is the brand that is ‘Wayne Rooney’, Derby only needed to use a simple #WR32 hashtag

A big presence online is so commercially valuable to a buying club that it can drive up a player’s fee and salary, a substantial proportion of which is paid in image rights.

We can expect a fair few more examples to crop up in the coming weeks. Whether you like them or loathe them, this is the modern way to confirm transfers.

On the video of Doherty deleting his pro-Arsenal tweets this week, a social media editor said: ‘It was an opportunity for the club to get ahead of the narrative of him being an avid supporter of Tottenham’s rivals.’

To Spurs’ credit, it did just that, with the video retweeted more than 40,000 times and liked by 200,000, many of them rival fans appreciating the humour.

Tottenham set the bar for the 2020 summer window with that one. Now others must try to beat it.

Hundreds of Australian Defence Force personnel are being wasted in Melbourne

Google quietly releases a redesign to its Google Maps alternative