Teachers send boy, 14, home from school within one hour of new term starting because his father dyed his hair pink during lockdown

By Sabi Phagura for MailOnline

A pupil was sent home from school by teachers because his father dyed his hair pink during lockdown.

Billy Chapman was eager to get stuck into this schoolwork after months off but teachers sent him packing within an hour of starting the new term. 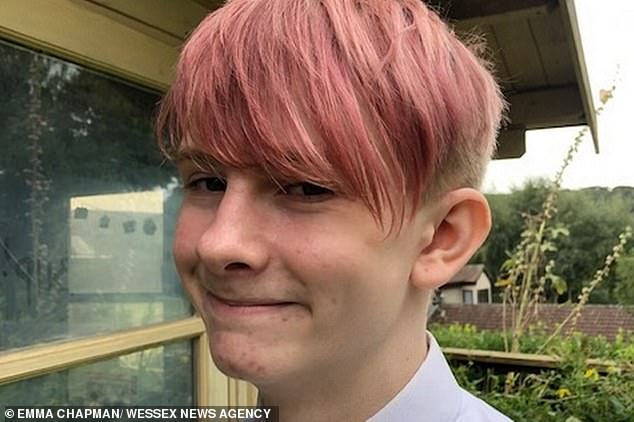 Her husband Chad, an NHS key worker at the Royal United Hospital in Bath, dyed Billy’s hair as a ‘lockdown pick me up’ back in May.

Mrs Chapman said ‘We just allowed it as a bit of fun this summer – our youngest girl also had her hair dip-dyed.

‘They couldn’t go to festivals or see friends so we did this to cheer them up. ‘And now, instead of being in school learning, which is the most important thing, he’s at home.’

But less than an hour later she got a phone call from the school asking her to come in for a meeting to discuss Billy’s hairstyle because it broke the rules.

She said ‘Surely in these times, his hair should not be the focus. ‘It’s just good that he managed to go in – he had been feeling really anxious and has barely left the house over lockdown.

‘I took him home with me after the meeting because it went so badly.’

She said she had already taken Billy to a hairdresser who did cut off most of the pink hair.

But the pink in Billy’s fringe has not faded as quickly as she thought it would.

‘The problem is that he likes his fringe, I’m not going to allow it to be chopped off.

‘I was just so shocked at the meeting yesterday morning with the deputy head and the head of year.

‘I just felt it could have been handled so much better. Surely this out of any year is the year for some kindness.

‘We are livid about it. These children have been through enough. We are devastated and at a stalemate with the school.’

She said dying her son’s naturally blond hair a brown colour would make him look odder than having dull pink. 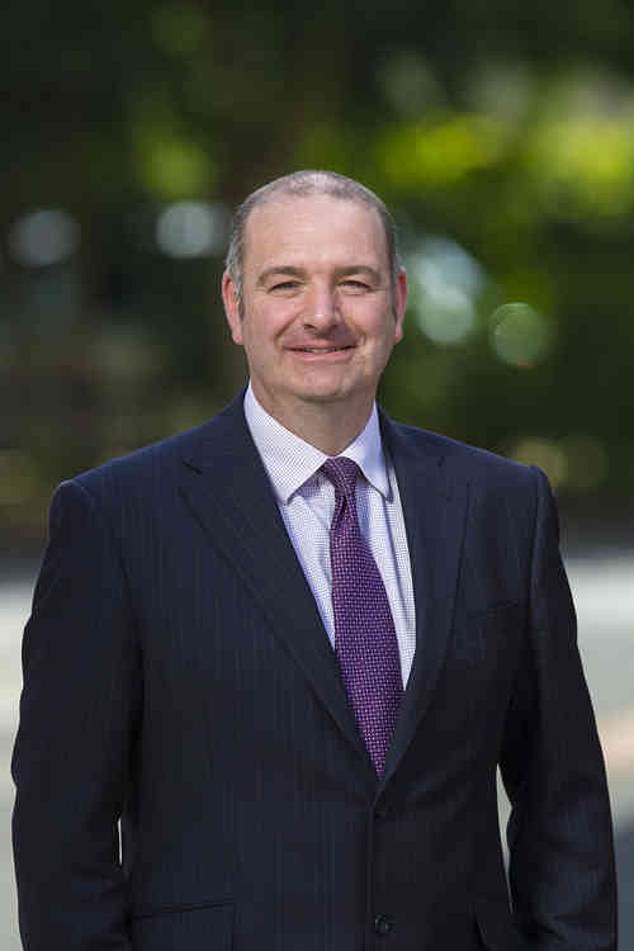 Rules are rules: Headteacher Alun Williams says the school is following government guidance which states pupils should be in uniform

Alun Williams, the headteacher, said Billy can come back to school and has asked for another meeting.

Billy had not been formally excluded and yesterday’s meeting was to ‘address his hair’.

The school offered to pay for hair dye or treatment to remove the pink hue he said.

‘We are just trying to maintain standards of our 1,200 pupils. We have to have rules for everyone and we did offer to pay for any treatment.

‘I want students focused on their education, not on the colour of their classmate’s hair.’

Losing weight slashes risk of several chronic health conditions... even if you are still obese