Mud, glorious mud! Samudra the elephant splashes and wallows in a huge puddle at Oregon Zoo

By Bhvishya Patel For Mailonline

This is the comical moment an elephant splashes around in a refreshing pool of mud on a hot summers day at Oregon Zoo.

Footage captured inside the 64-acre zoo in Portland shows 12-year-old elephant Samudra rolling around in the pool of mud in an effort stay cool in the sweltering heat.

The male Asian elephant, who was born at the the zoo in 2008, kicks his legs into the air and lays his head against the ground as staff spray him with water. 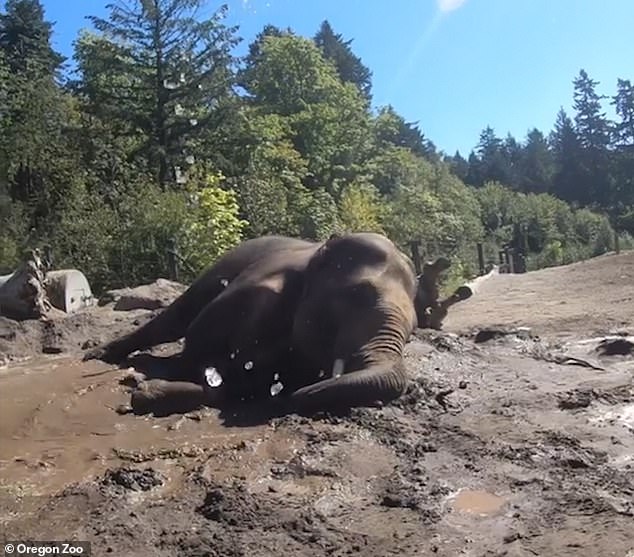 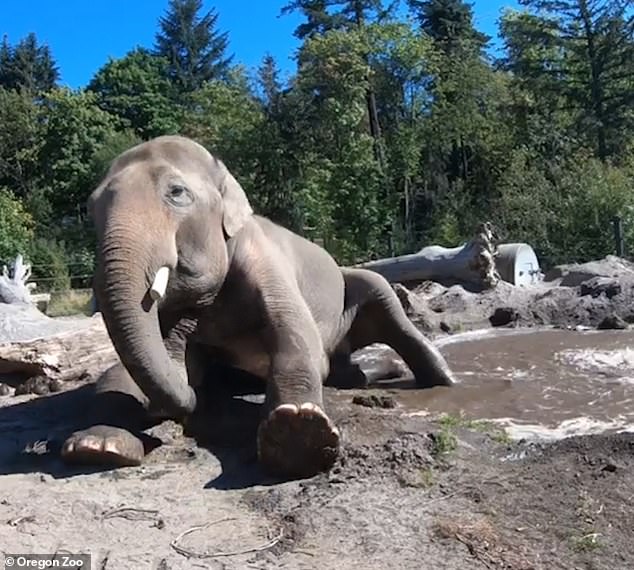 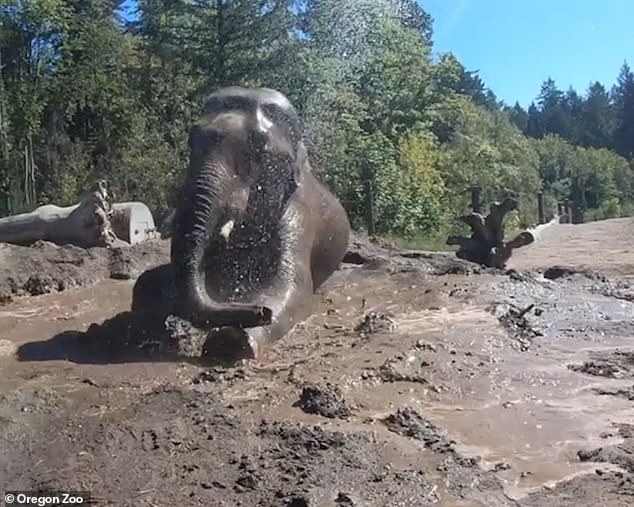 During the clip, which was shared on Oregan Zoo’s Facebook page on September 5, the elephant kneels on the ground and submerges his body into the mud pool.

As staff at the zoo spray water at him, Samudra lifts his legs in the air and rolls from side to side in the mud.

He then stands up and kicks his legs through the muddy water, splashing anyone in his vicinity.

Samudra, whose name means ‘ocean’ in Sanskrit, is known for his love of water and can often be found swimming in a 160,000-gallon pool located in the Elephant Lands at the zoo.

The playful elephant, who lives in the zoo with his sister Lily, was the first third-generation elephant born in the United States.

The Asian Elephant, which is classified as an endangered species, is the world’s largest land mammal and has three subspecies – the Indian, Sumatran and Sri Lankan. 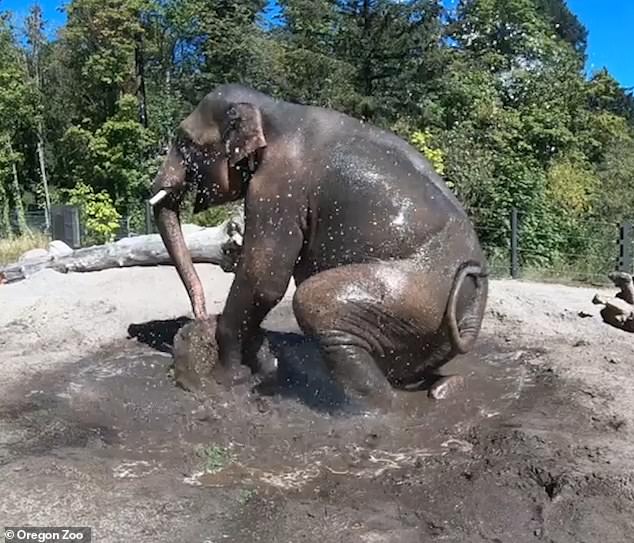 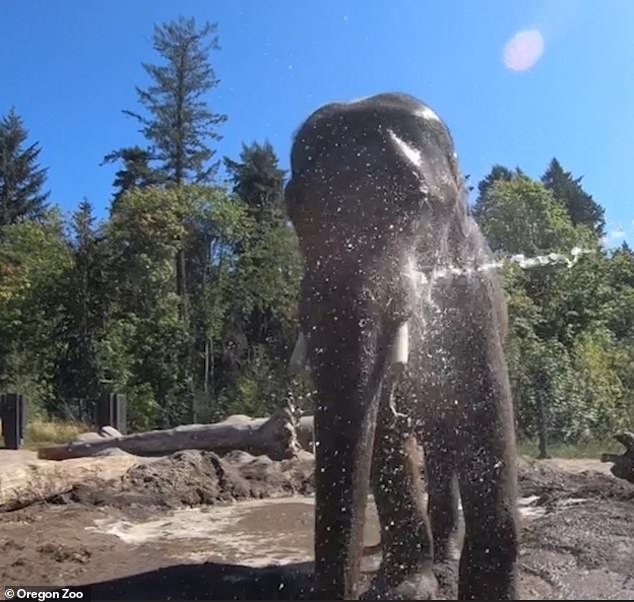 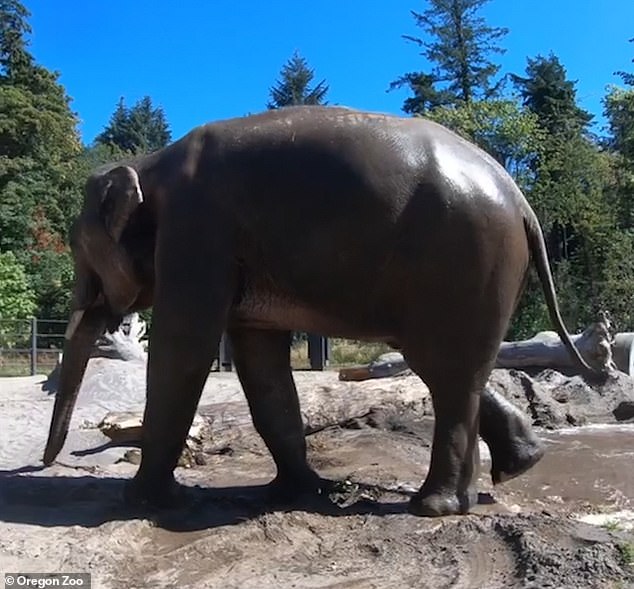 After a cooling mud bath, the elephant emerges from the pool and makes his way onto dry land

They are typically smaller than the African elephant and their skin ranges from dark grey to brown, with patches of pink on the forehead, the ears and the base of the trunk.

During the summer months, hairless mammals such as elephants and rhinos will use mud, clay and waterbaths to stay cool and protect them from the sun.

In 2018, scientists at Switzerland’s University of Geneva also discovered that the deep wrinkles on an elephant’s skin allowed water to spread easily and helped lower the animal’s body temperature.

Type 2 diabetes: Do you regularly feel this way? A warning sign of high blood sugar levels

Actress Amy Locane is sent back to prison for eight years for killing a woman, 60, in 2010 DUI crash