Friends of a young fitness fanatic who was stabbed to death in Melbourne admit he previously had links to violent street gangs, but had recently managed to ‘turn his life around’.

Thomas Tran, 20, was allegedly killed when he got caught up in a fight as he walked home from a gym in Oakleigh, a suburb in the city’s south-east, on Monday evening.

Tran’s death is the third fatal stabbing on Melbourne’s streets in as many weeks.

The spate of deaths has led to fears over rising gang violence, but Tran’s friends and family were quick to claim he was in the ‘wrong place at the wrong time’. 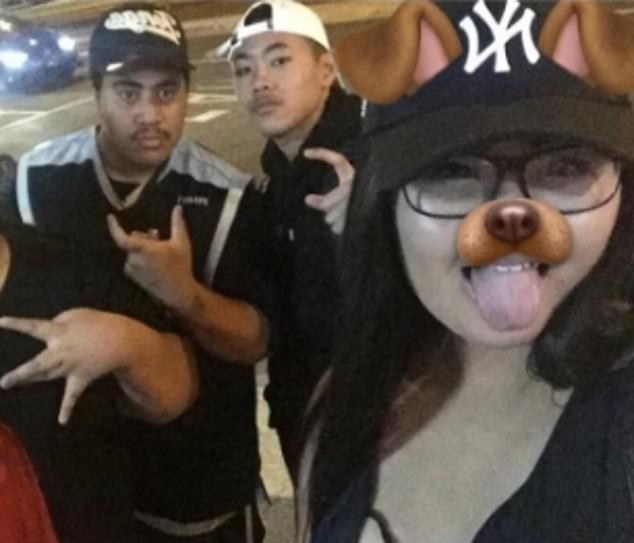 Stabbing victim Thomas Tran (centre, with hat backwards) had left behind violent street gangs and ‘turned his life around’ after falling in love, friends of the 20-year-old have revealed 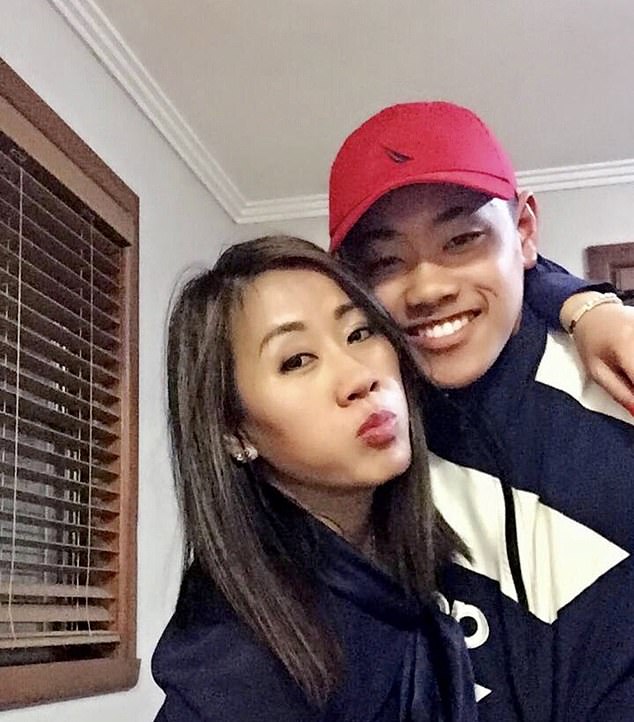 Tran, 20, (pictured with his mum Amy) was allegedly killed when he got caught up in a fight as he walked home from a gym in Oakleigh, a suburb in the city’s south-east, on Monday evening

‘He was not in a gang, he already grew out of that stage like three or four years ago… he turned his life around and fell in love.

‘He only goes to Oakleigh to catch up with his mates that live in the area, by mates I don’t mean gang members, I mean actual friendships.’

Among the photos posted in tribute to Tran was one that showed him throwing up a gang sign with his hand.

Tran’s shattered girlfriend visited the crime scene on Tuesday afternoon and begged for the violence to stop.

Trish Nguyen, his girlfriend of more than two years, said she hopes whoever killed him ‘get what you f***ing deserve’.

‘They’re too worried about being cool. It’s not fair anymore, it needs to stop,’ she told media.

‘We’ve lost a loved one, it’s really not worth it. 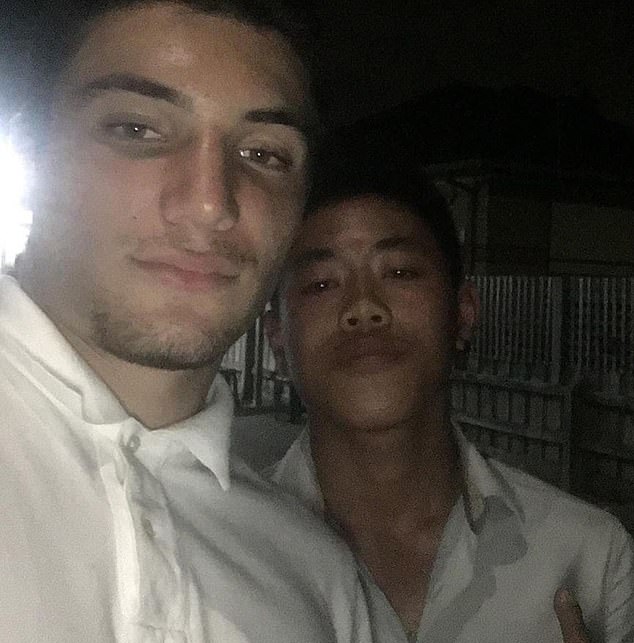 Friends of Tran (right), his local politician and former school were among those to pay tribute to him in the wake of his death 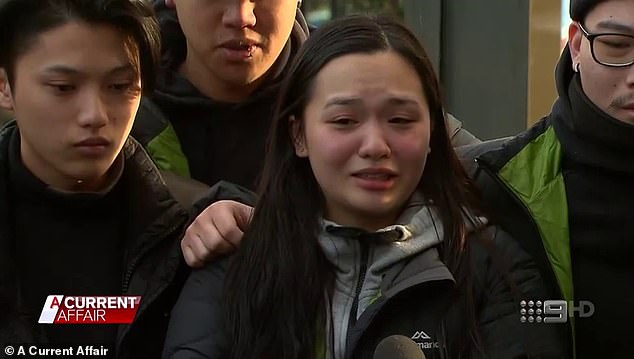 Mr Tran’s girlfriend Trish Nguyen (pictured, centre) tearfully begged for the violence to stop during an emotional ceremony at the crime scene on Tuesday

‘You shouldn’t do that to people’s families. I hope you get what you f***ing deserve for doing that to him.’

Ms Nguyen paid tribute to her boyfriend, saying he was selfless.

‘He really cared about people and he really loved everyone. He put everyone before him,’ she said.

Tran’s heartbroken mother Amy also collapsed to the ground as she visited the scene on Tuesday morning.

Comforted by relatives, she lit incense at the makeshift shrine that grew dramatically in size throughout the day as mourners took bouquets of flowers to the scene.

Victoria Police arrested three people aged 15 to 20 over the attack, but all have since been released.

The exact circumstances surrounding the incident are being investigated. Machar Kot (pictured), died after being stabbed while out in Melbourne’s CBD on Monday, June 22 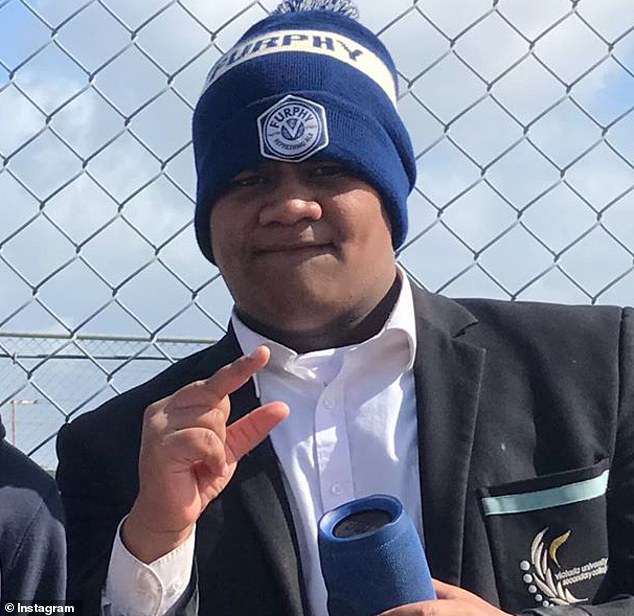 Solomone Taufeulungaki (pictured), 15, was stabbed and killed in Deer Park on June 16 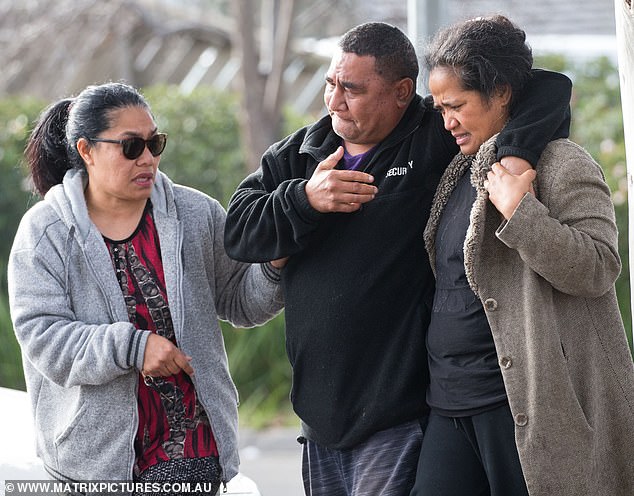 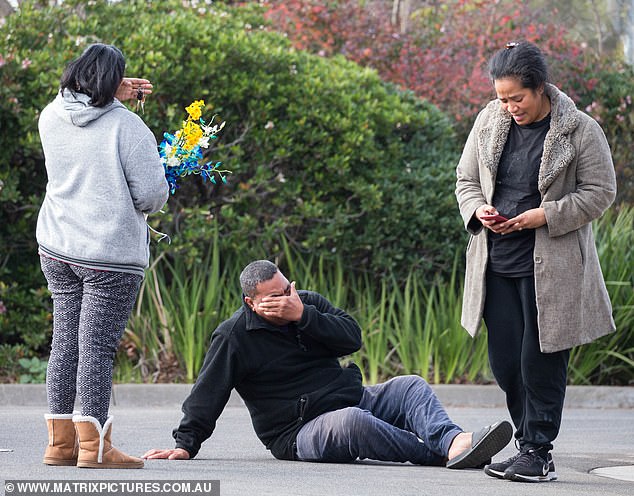 Police are appealing for anyone who may have been in the area of Chester Street and Atherton Road between 7.30pm and 8pm on Monday and who have camera footage to come forward.

Tran’s death comes after Solomone Taufeulungaki, 15, was stabbed and killed in Deer Park on June 16 and Machar Kot, 21, died of knife wounds in the CBD on June 22.

In the aftermath of Taufeulungaki’s death, his friends claimed he was ‘jumped’ by a gang called ‘The Brotherhood’.

They also alleged the gang had vowed to get ‘another one’.

‘If it was my choice, I would go for revenge but this is the parents’ choice and they forgive them.’ 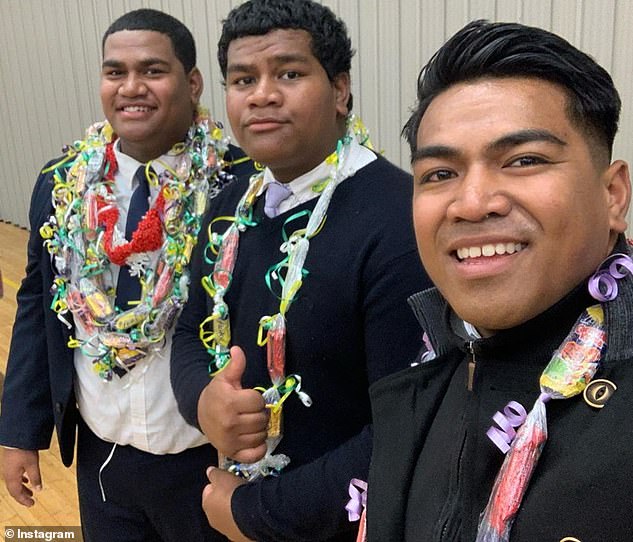 ‘Rest In Love Toko. Actually speechless aye, all I know is that I will see you again,’ Mape Taufeulungaki (right) wrote alongside a picture with his brother Solomone (left) 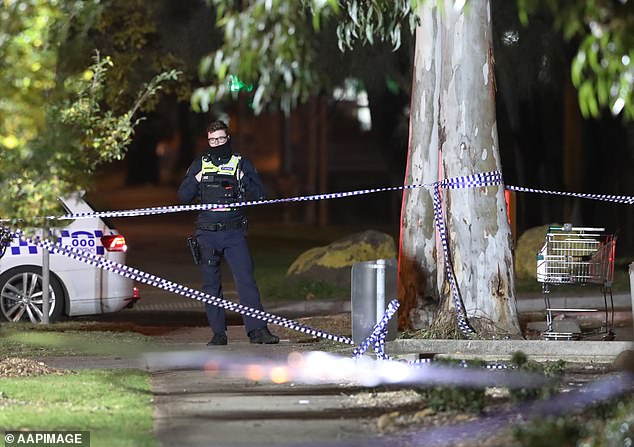 Much like Tran’s mother, Taufeulungaki’s parents also visited the scene of their son’s death the day after the tragedy.

While there were calls for retaliation against the alleged perpatrators, the parents of the dead boy called for calm and said they had forgiven his attackers.

Six teenagers have been charged in relation to Taufeulungaki’s death, while 22-year-old Marco Deng handed himself into police over the death of Kot.

Travelers to New York from 19 states must fill quarantine form

Kentucky teacher, 27, accused of raping teen student and sexting another

Ghislaine Maxwell pleads not guilty as she fights for $5M bail