An indigenous screenwriter has slammed the SBS for being ‘racist’ and leaving her on the brink of suicide during her time as a cadet journalist.

Katie Bedford, who started her career at the seemingly multicultural public broadcaster, said colleagues left her feeling like a ‘dopey blackfella in the corner’.

In a lengthy rant on Twitter, Ms Bedford said her time working at the taxpayer-funded SBS left her so anxious that was unable to eat.

The writer claimed she was even introduced as the ‘indigenous cadet journalist’ but because it was her dream job, she let the comments slide.

‘By the end of two years: my writing was worse, my self-esteem destroyed, I had suicidal thoughts,’ she wrote on Twitter.

‘The stress on my body meant I developed eczema, I lost my period for four months, I stopped eating; a piece of toast filled me for the day because of anxiety,’ she said.

‘This is what racism does’. 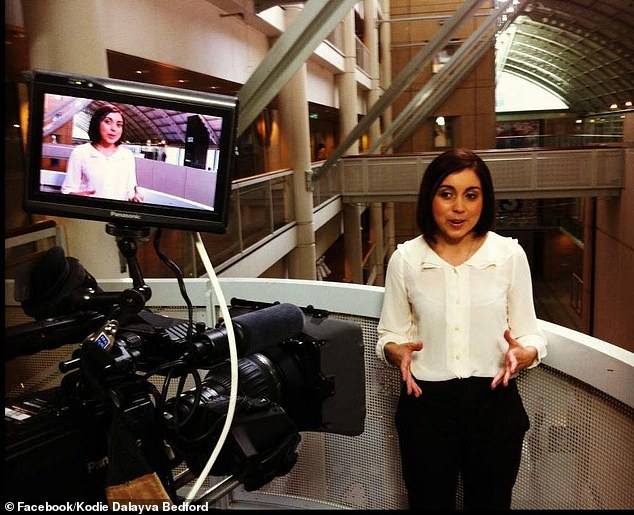 When she ‘started to get short’ with people making comments against her, Ms Bedford (picured) claimed she was pulled aside and told she had an attitude problem

Both she and other Aboriginal colleagues suffered from racism and micro-aggressions, Ms Bedford claimed.

In a thread titled ‘my first career’ the former journalist explains it has taken her years to get over the experience but wanted to ‘add her voice’ as part of the Black Lives Matter movement.

‘I still carry trauma and feel sick about it. Colleagues have been sharing their story and I’m adding my voice. We need to change the system,’ Ms Bedford wrote.

She explained that she won a cadetship with SBS and was excited because it was ‘touted as a champion of diverse voices’.

‘It wasn’t a champion for me,’ Ms Bedford said. 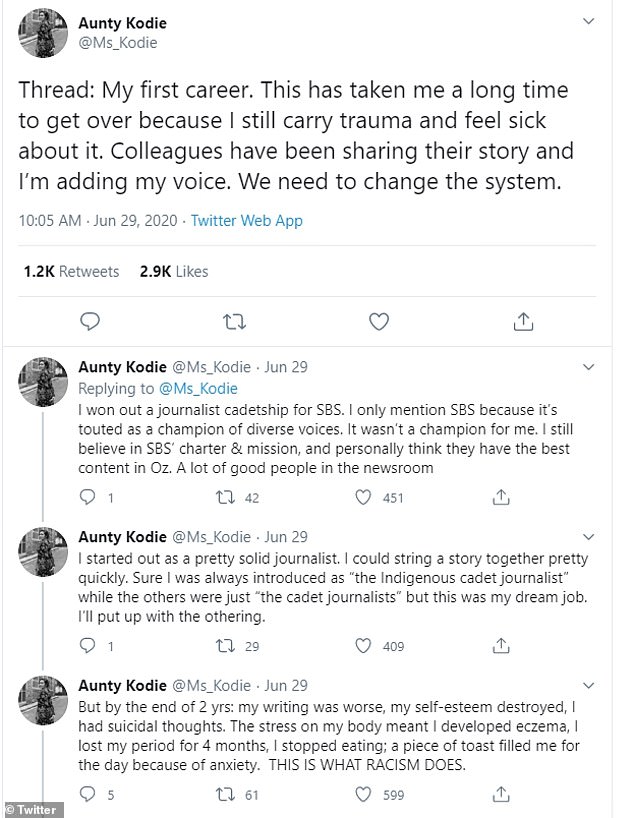 ‘I still believe in the SBS charter and mission and personally think they have the best content in (Australia) and a lot of good people in the newsroom.’

She claimed she was made to endure ‘jokes’ about alcoholism and was told to clean her desk in front of others in the newsroom.

The Aboriginal journalists were sent an email to improve their grammar, were told to do a course for school students and had their accents mocked.

‘We felt dumb straight away. I was the newest to the team, but the other Aboriginal journalists had been there for years – they were confused,’ she wrote.

Ms Bedford said she and other Aboriginal journalists were forced to go through their stories line by line and were told why it was bad and never good enough.

In one instance she was told classical music ‘wasn’t indigenous enough’ and was told to add sounds of didgeridoo instead. 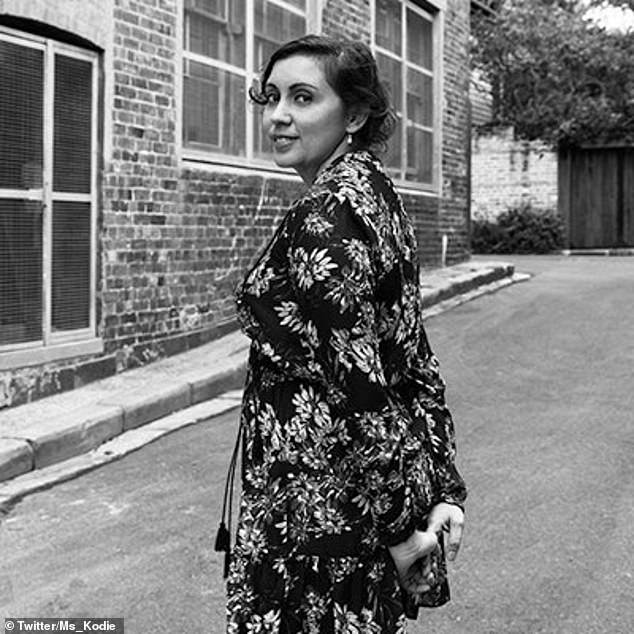 ‘I understand that this was a national broadcaster and I had to speak in the formal English way but what should have been a ten-minute session in the voice-over box, would turn into two hours and I’d come out defeated, ashamed of the way I spoke,’ she wrote.

When she ‘started to get short’ with people making comments against her, Ms Bedford was pulled aside and told she had an attitude problem.

‘No one cared about the racism we received. It was more about protecting that person and the company,’ she wrote.

Ms Bedford said she was always ‘made to feel dumb’ and had her confidence crushed while working at the SBS.

She had even made a formal complaint but nothing was done to help her or her colleagues.

‘The person did the classic white fragility thing and made themselves the victim; us Aboriginal journalists were the ones being horrible to the non-Indigenous staff.’ 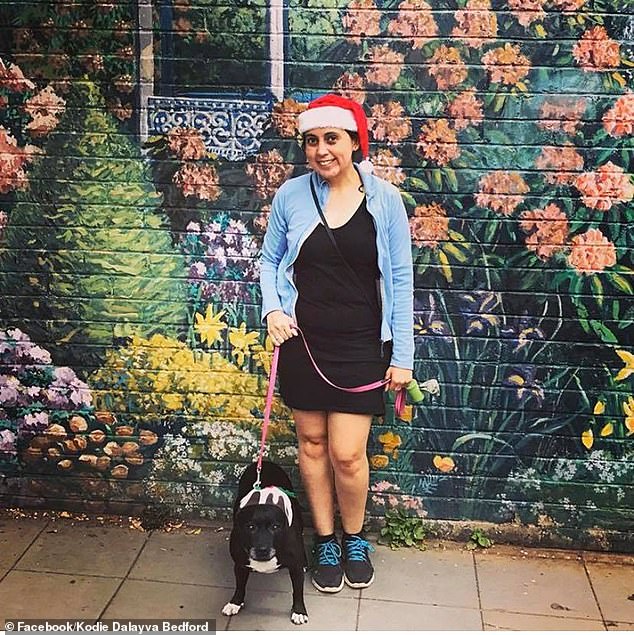 Katie Bedford (pictured), who started her career at the public broadcaster, said she had her ‘self-esteem destroyed’ and felt like a ‘dopey blackfella in the corner’

‘They threatened to sue me.’

Ms Bedford said that eventually all her Aboriginal colleagues left the SBS and most of them didn’t even stay in media.

‘Some of us speak about the trauma we still carry. We joke about that f**king grammar website and not being able to speak English well!’ she wrote.

‘We want t-shirts ”I survived as an Aboriginal journalist”.’

‘I’ve been shocked and saddened by accounts of racism experienced at SBS,’ the statement read.

‘SBS stands opposed to any form of racism or exclusion. It can take many overt and less overt forms, none of which are acceptable.’ 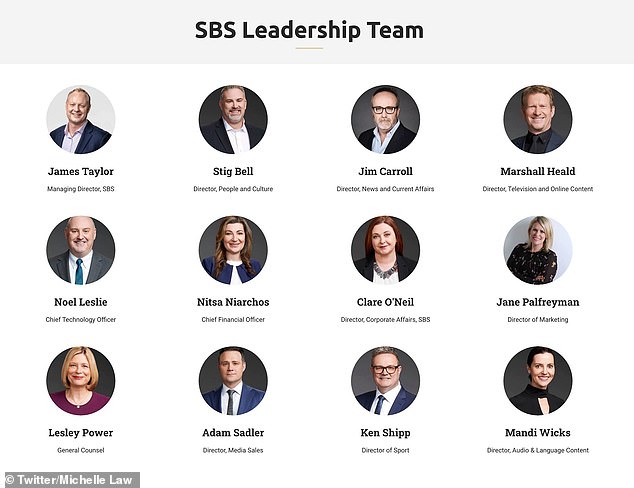 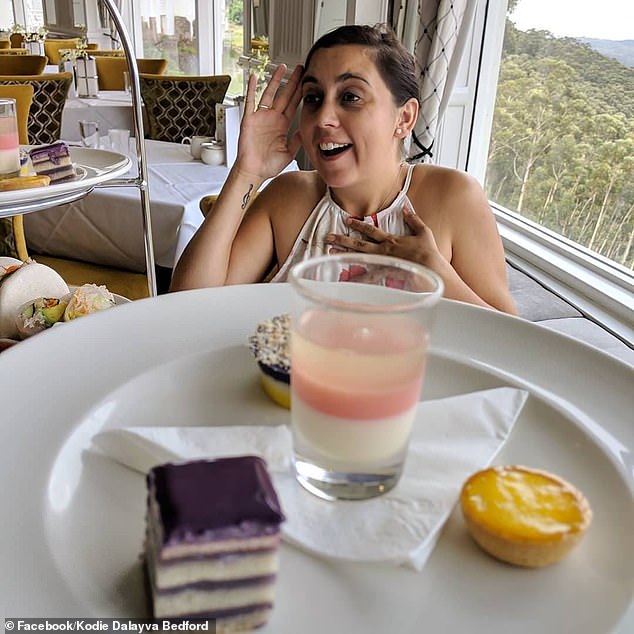 ‘Racism is abhorrent and I am committed to ensuring it has no place at SBS.’

Mr Taylor said all members of the SBS leadership team are committed to the broadcaster’s ‘purpose and Charter’.

He said the commitment is reflected in content and services delivered across Australia each day.

‘The diversity of our people across SBS is one of our greatest strengths,’ he said.

‘I stand by the valuable contributions every one of them makes, and the programming, news coverage and radio services they provide which reflect and explore modern Australia, unlike any other media organisation.’

‘I recognise that representation matters, and not unlike many institutions today, we still have a way to go to reflect the diversity of the audiences we serve amongst our senior leadership team.’

‘We are committed to improving this.’ 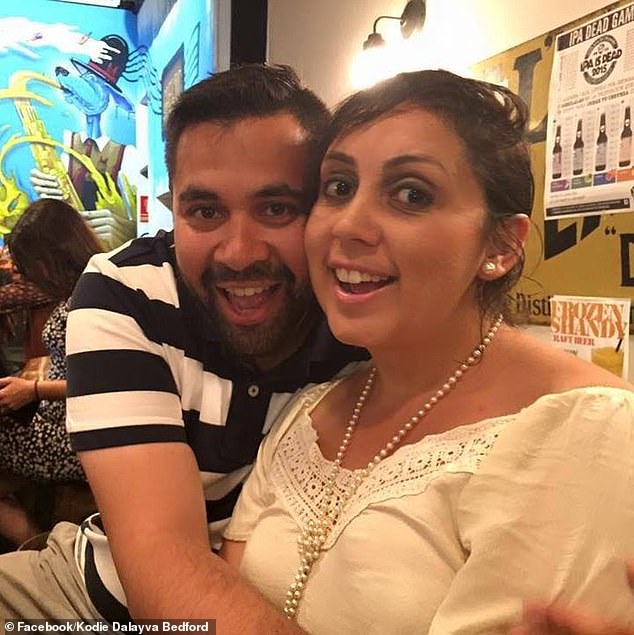 Ms Bedford (pictured, right) said she was introduced as the ‘indigenous cadet journalist’ but because it was her dream job, she let the comments slide

Ms Law responded with a photograph of the all-white SBS leadership team with the caption: ‘What in White hell @SBS’.

‘This explains why everything feels fresh, authentic and cutting edge at the Australian ABC,’ Mr Chieng wrote.

‘As a white journo at Dateline I’m sickened and ashamed to read this. I saw this happen at the ABC as a cadet in the mid ’90s and I ­really hoped that we’d got better, but obviously not,’ Mr Roberts said.

Young Palestinian journalist Jennine Khalik, who spent seven years as a reporter at the ABC, also took to Twitter to detail her experiences with racism. 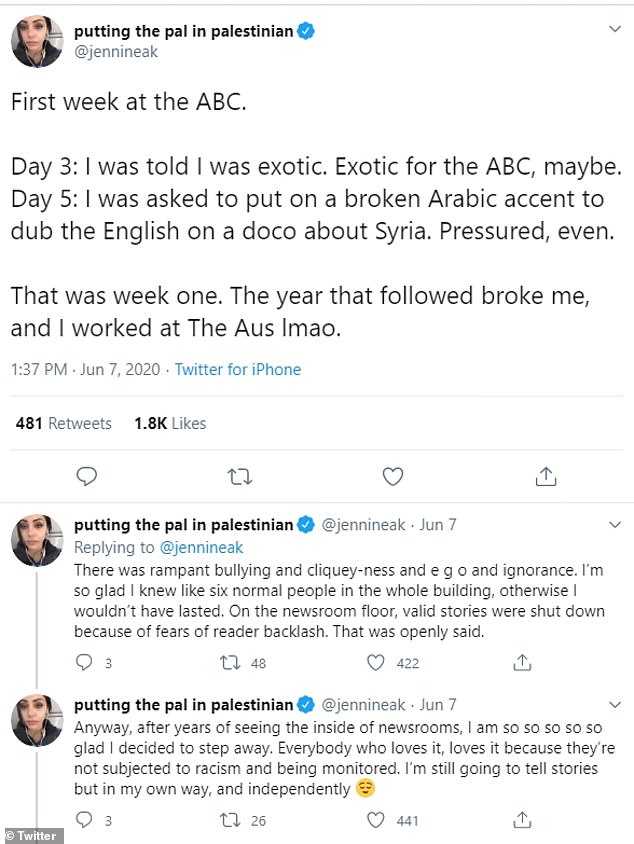 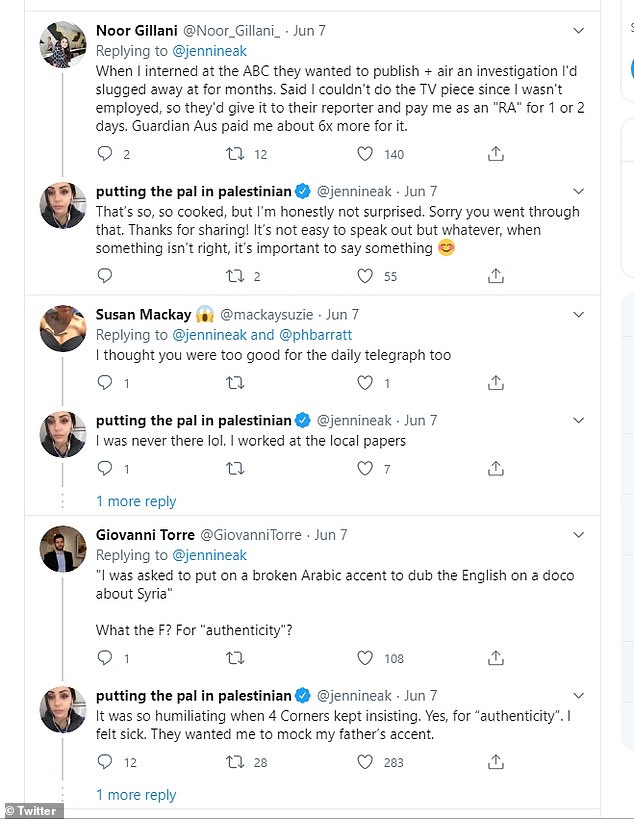 Young Palestinian journalist Jennine Khalik, who spent seven years as a reporter at the ABC, also took to Twitter to detail her experiences with racism (pictured)

‘I once went to SBS for an interview about a potential casual position years ago — super informal — and a higher up who interviewed me asked what my family background was. I said Palestinian,’ she wrote.

‘How did we end up in Australia? I explained my parents were refugees.’

The interviewer told Ms Khalik he had been on a political junket to Israel but she had no idea how it was relevant.

‘Very little asked about my experience. It was brief and very calculated. I didn’t hear from him again,’ she tweeted.

‘I remember driving back home to Western Sydney feeling sick to my stomach. I have experienced anti-Palestinian racism everywhere in the media.’ 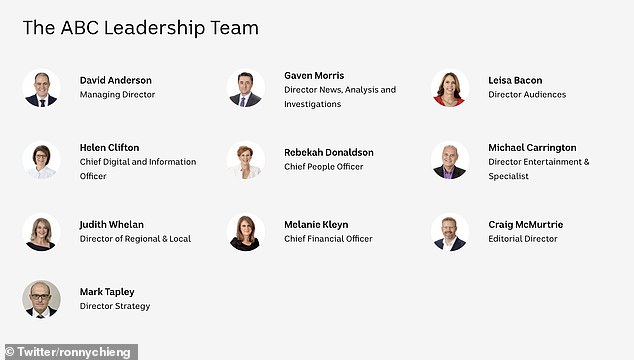 ‘For years I stayed mostly tight-lipped but it’s more important than ever to talk about it and to document it somewhere.’

Ms Khalik also said she was duped into believing the public broadcasters were ‘better and non-racist’ because they were ‘supposedly more progressive’.

‘I’ve buried so many of these experiences because they make me feel physically ill but every time I see someone else speak out/point out how monolithic an outlet is, so much of it comes rushing back,’ she wrote.

During her first week at the ABC, Ms Khalik says she was ‘told she was exotic’ and was pressured to ‘put on a broken Arabic accent to dub the English on a documentary about Syria’.

‘There was rampant bullying and cliquey-ness and ego and ignorance,’ Ms Khalik wrote.

‘I’m so glad I knew like six normal people in the whole building, otherwise I wouldn’t have lasted. On the newsroom floor, valid stories were shut down because of fears of reader backlash. That was openly said.’

How to live longer: Enjoying this past time favourite beverage could boost life expectancy

Coronavirus: Skin rashes are a symptom for one in 11 patients

Wendy's where Rayshard Brooks was killed is torn down