Two weeks is a long time in football.

‘With Jack, the simple answer is Mason Greenwood,’ England boss Gareth Southgate said on August 25 when asked about Aston Villa captain Grealish and his omission from Nations League squad.

Since then, Grealish has been pulled in from the cold. Mason Greenwood and Phil Foden have been banished after sneaking girls into their hotel room in Iceland. 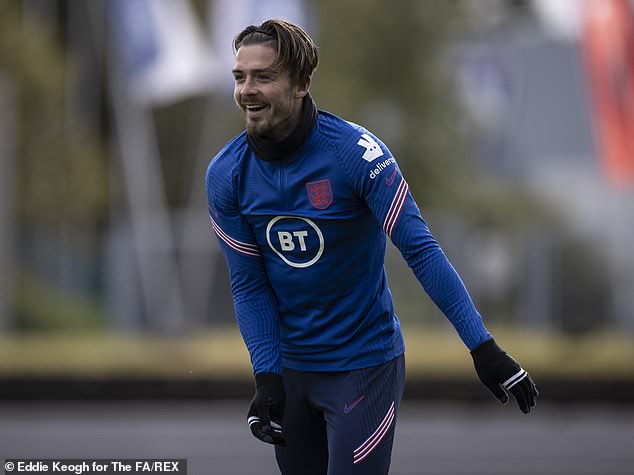 ‘I think Mason Greenwood’s performances, his goalscoring ability and maturity was impossible to leave out,’ Southgate had added when pressed on his selection last month.

Based on the escapades of the young Manchester United striker in Reykjavik, it may no longer be quite so simple for Southgate.

And that works in Grealish’s favour. Southgate’s comments at the end of August pointed more towards the sheer number of roadblocks facing the Villa skipper. Some viewed it as Southgate laying down the challenge to Grealish, others saw it as a clear indicator how far down the priority list the 24-year-old really was.

Few can relate to the scrutiny on Greenwood and Foden right now better than Grealish.

In 2015 he was pictured inhaling ‘hippy crack’ and months later was pictured lying on his back with a packet of cigarettes on a road in Tenerife. Just this year he was charged with driving offences having breached lockdown rules to go to the house of then Villa team-mate Ross McCormack.

His mistakes were magnified and while team-mates argued his maturity to the contrary, question marks over his conduct off the pitch tainted what many witnessed on it.

But as England prepare to take on Denmark in Copenhagen tonight, there is no Greenwood, no Foden, and Grealish, despite all his misdemeanours in the past, has an opportunity to stake his claim on the international stage. 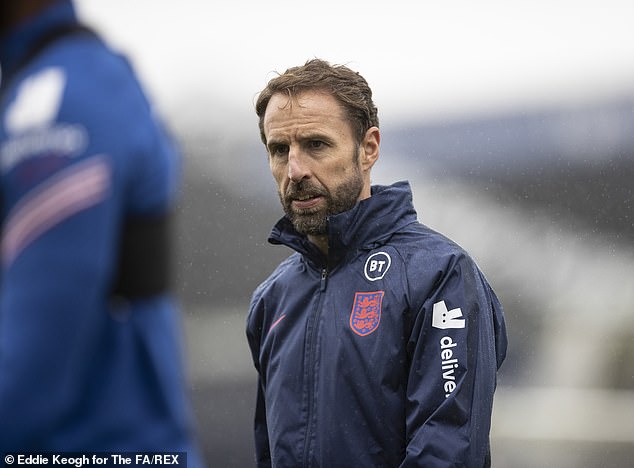 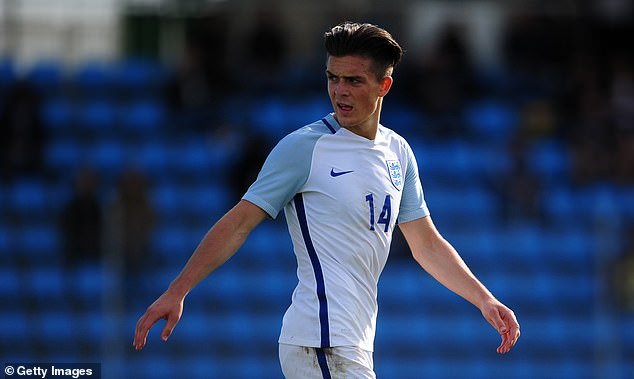 Nitrous Oxide, has been nicknamed ‘laughing gas’ due to the euphoric and relaxed feeling people who inhale it can sometimes feel.

The gas is normally bought in pressured canisters, commonly transferred to a container, e.g. a balloon.

Nitrous oxide is not illegal to possess, but this doesn’t mean that it is safe to use. The effects of nitrous oxide vary depending on how much has been inhaled but they include:

• Feelings of euphoria, relaxation and calmness.

• Dizziness, difficulty in thinking straight and fits of giggles/laughter.

• Sound distortions or even hallucinations.

• In some people, a headache can be an unwanted immediate effect.

• Unconsciousness or death from lack of oxygen

Not just for upcoming matches but the focus now for all in this squad is the rearranged Euro 2020 next summer. It seems inevitable Grealish will be handed his debut in Denmark, the key now is, can he use it as a springboard for success?

At 24, Grealish is being tasked with leading his boyhood team and the scrutiny that brings has worked against him.

In 2015, in his breakthrough season with Villa, Grealish was pictured inhaling balloons containing nitrous oxide, commonly known as laughing gas, at a party.

The story, splashed on the back page of the Sun under the headline ‘High Jack’, was a bad look.

He apologised to his manager Tim Sherwood and at 19, there were question marks whether he could be trusted. Foden and Greenwood could do worse than seeing how Grealish turned it around.

Two months later, Grealish was back in the headlines – again for non-footballing reasons – as he was pictured apparently drunk and passed out in the road while on holiday in Tenerife.

The incidents were months apart but proved infuriating for those pushing Grealish to superstardom.

As his stock rose on the pitch he continued to undermine it with his antics off it.

In September the following year Sportsmail revealed how the Aston Villa midfielder infuriated guests at a Birmingham hotel with a raucous early-hours party after his club’s 0-0 draw with Ipswich Town. 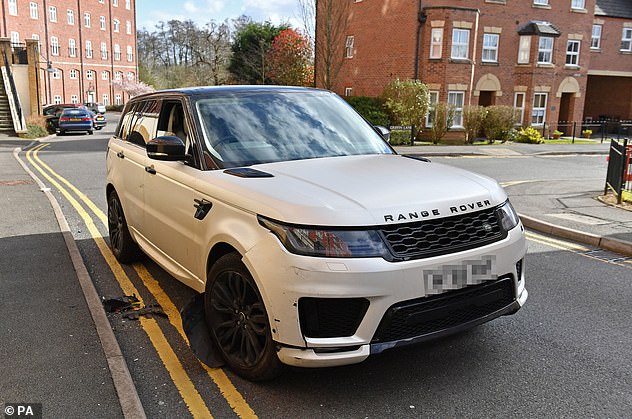 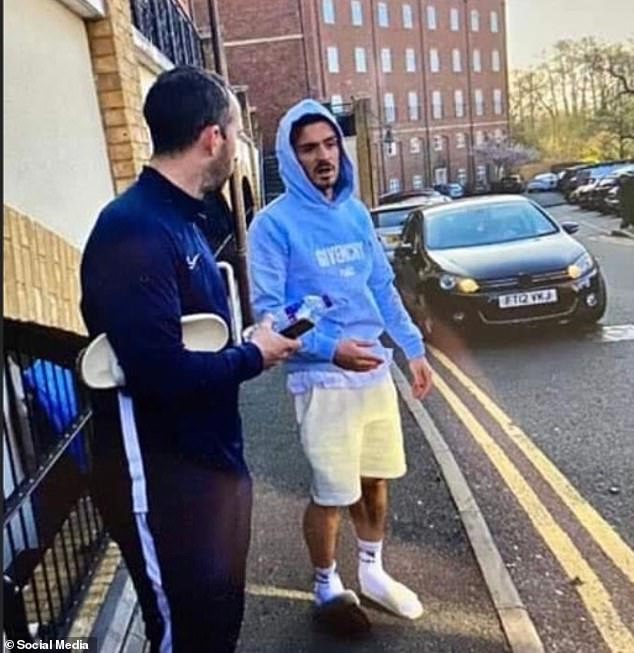 Southgate is looking for maturity in the players he selects for England, seen as the greatest honour for a professional footballer, and so while he has always insisted his selections have been based on footballing reasons, rather than off-the-field issues, it did not help his cause.

Grealish has continued to develop at Villa amid a backdrop of controversies, becoming the club captain and the leader in which the rest of the team rally behind.

His impressive performances prior to the pandemic had many believing – and hoping – he had turned a corner. Now 24, the hope was the misdemeanours were resigned to history.

But earlier this year, Grealish was left to issue a grovelling apology having breached lockdown rules.

Having urged his followers on social media to ‘stay home’ and ‘stay safe’, Grealish then had to make a public climbdown when he was found to have broken rules to visit the house of then Villa team-mate Ross McCormack.

Grealish was charged with crashing his £80,000 Range Rover into parked cars then fleeing the scene after ‘spending the night at a lockdown party’. The court case hearing into the incident has been delayed until later this year.

He was fined £150,000 for breaking lockdown laws and it was thought he would not face any further action.

Grealish later said he was ‘deeply embarrassed’ by the incident and issued an apology on social media. 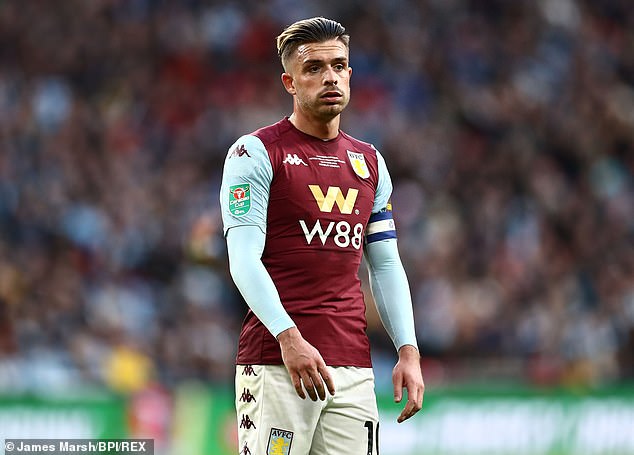 Villa were left ‘deeply disappointed’ that Grealish, who had urged fans to stay home, had breached lockdown rules during the height of the coronavirus pandemic this summer

His club said in a statement at the time: ‘Aston Villa is deeply disappointed that one of our players ignored the Government’s guidance on staying at home during the Coronavirus crisis.

‘Club Captain Jack Grealish has accepted that his decision to leave his house was wrong and entirely unnecessary.

‘It breached the government guidelines which are clear and should be adhered to by everybody. The player will be disciplined and fined with the proceeds donated to The University Hospitals Charity in Birmingham.’

And so it came to naming the England squad for games against Iceland and Denmark.  Selection day arrived for Southgate and, to the surprise of few, Grealish was omitted, again overlooked.

As the most-fouled player in the Premier League last season, few draw attention from opposition defenders quite like the Villa captain. His creativity in a No 8 role, a No 10 role or even wide on the left gives England something different.

It took withdrawals from Marcus Rashford and Harry Winks to see Grealish roped in as a squad reserve. It was Grealish’s first call up to the senior side. It was an opportunity. 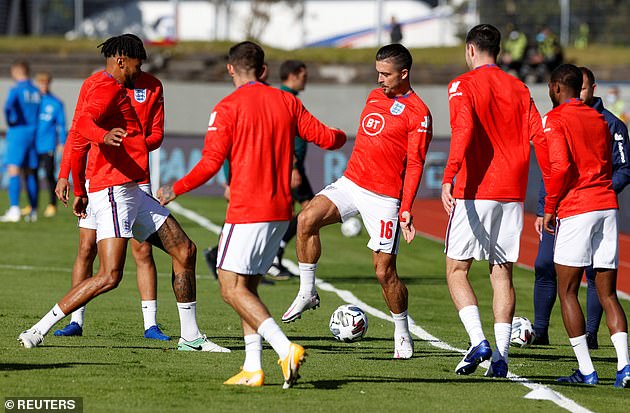 And then came the unthinkable as Greenwood and Foden were axed for sneaking an Icelandic beauty queen and her cousin into the team hotel.

The pair should look to Grealish as an example that a faux-pas scrutinised as much as this does not have to go on to define a career.

Grealish arrives in Denmark with an opportunity to jump the queue in the eyes of Southgate. After a drab 1-0 win over Iceland saw England crying out for some creativity, pundits and former players urged Southgate to turn to Grealish. He never did.

That should change in Copenhagen and if it does it will mark quite the redemption story for a player some thought had cost himself a chance at success in an England shirt.

MARTIN SAMUEL: Money wasn't killing football, it's what made it so much fun