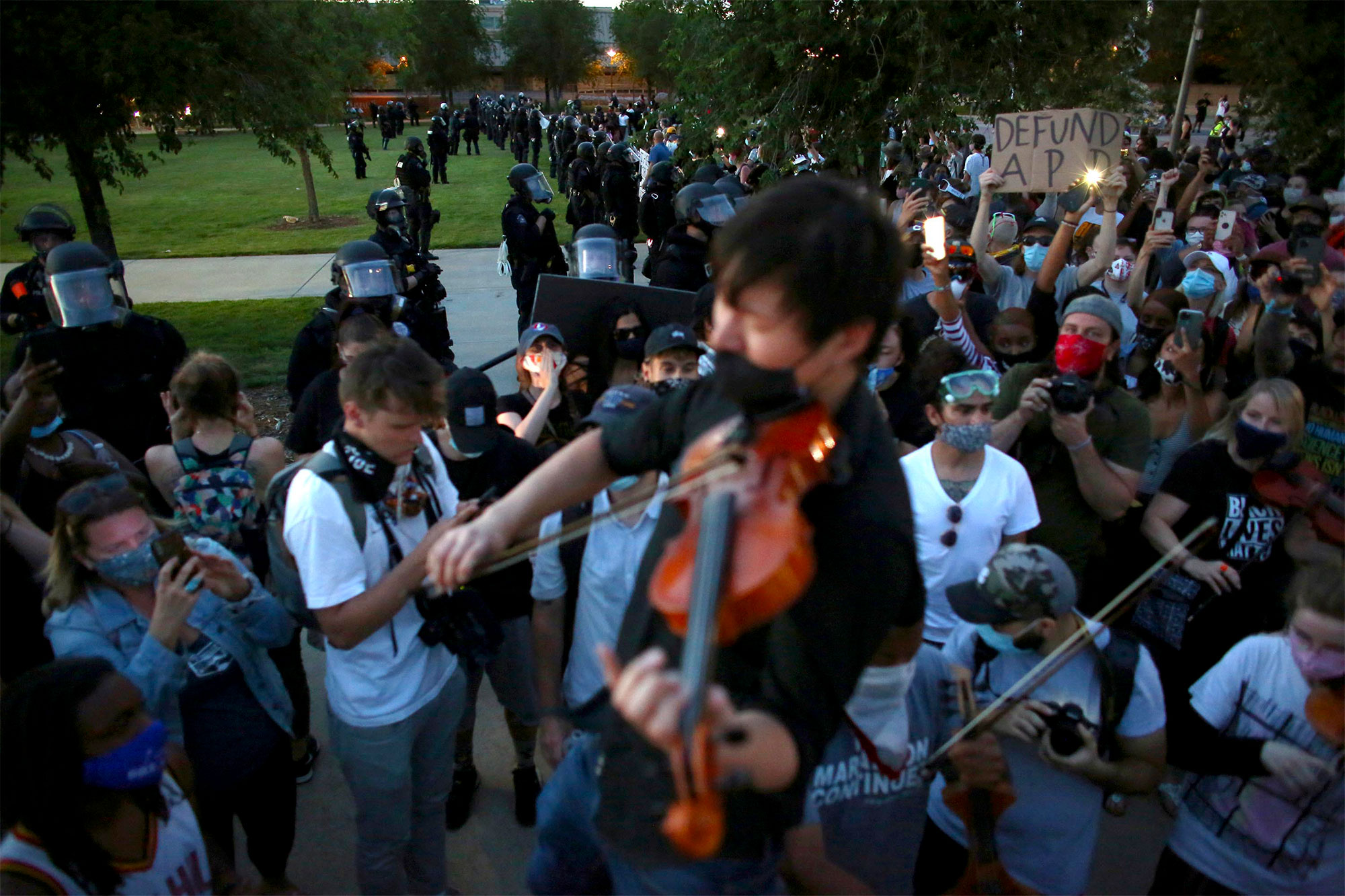 A police department in Colorado is investigating three officers who were allegedly photographed reenacting the chokehold maneuver cops used on Elijah McClain near a memorial for him, a report said Monday.

The officers allegedly took the photos near where McClain was stopped and detained by Aurora Police soon before his death in 2019, CBS Denver reported, citing sources familiar with the investigation.

The photos of the cops allegedly spread around the Aurora Police Department before the internal investigations department caught wind of them and started a probe.

The interim police chief of the department said in a statement late Monday night that all the officers involved were suspended with pay pending the investigation.

“Thursday afternoon, I was apprised of allegations reported to Internal Affairs by an Aurora Police Officer alleging multiple Aurora Police officers were depicted in photographs near the site where Elijah McClain died,” Vanessa Wilson said in the statement.

“I immediately ordered Internal Affairs to make this investigation their top priority. This accelerated investigation was completed this evening,” she added.

McClain died after police stopped him in the Colorado city last August after someone called 911 to report him looking suspicious.

Officers detained him using a chokehold and called an ambulance, the New York Times reported.

Medics who responded injected him with ketamine, and McClain went into cardiac arrest on the way to the hospital.

Statue of Melania Trump torched in her native Slovenia