REVEALED: Football is SPLIT over making The FA’s overwhelmingly white board more diverse… as equality chief Paul Elliott is BLOCKED from joining

By Sami Mokbel for MailOnline

The Football Association have had their attempts to appoint Paul Elliott onto their board blocked.

English football’s governing have been working behind the scenes to try and promote Elliott, who is chair of The FA’s inclusion advisory board, on to their full board.

The FA are committed to improving diversity within the organisation and believed saw having a BAME individual as executive member of their board as a key target. 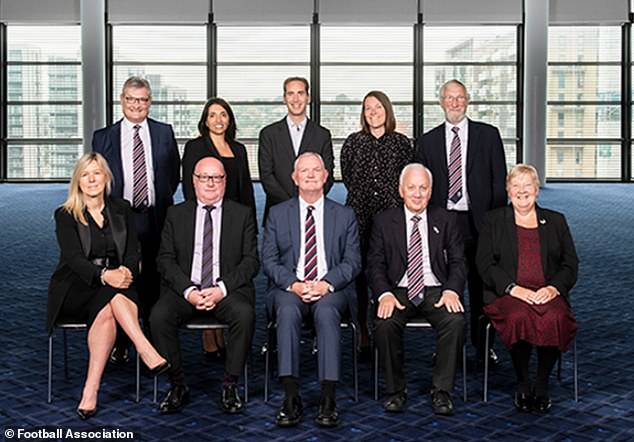 The Football Association have seen their efforts to appoint Paul Elliott onto their board blocked. Pictured is the current FA Board 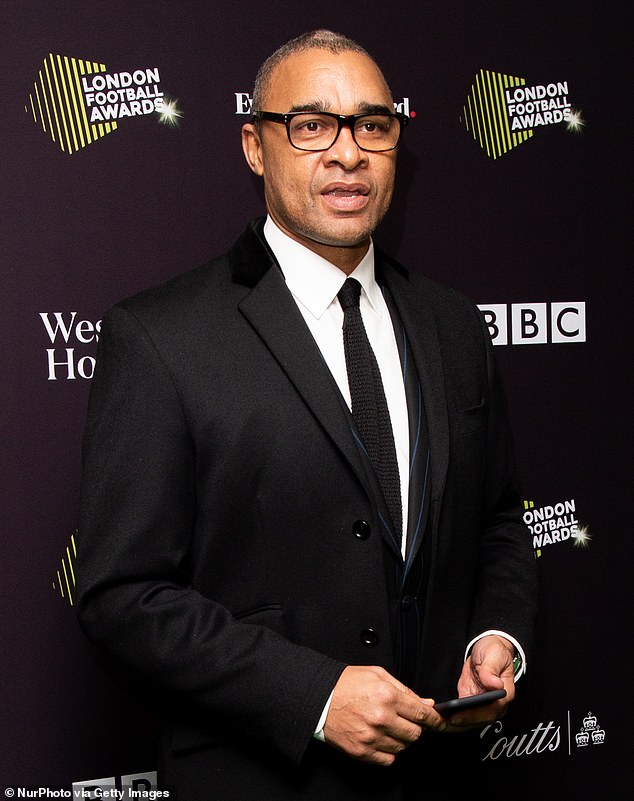 In a letter, Clarke wrote: ‘Over the last few years we have sought to empower the FA Council in one of its core roles: holding the FA Board and Executive to account.

‘For the Council to exercise this important function it must have timely access to information and be able to challenge and question it.

‘Changes to Council meetings to encourage questions, without notice, and schedule time for them in the agenda has been important to me in my role of Leader of Council. Transparency and accountability are important attributes for any governance system worthy of the name.

‘I wrote to you earlier in the year about Paul Elliott’s work to develop a voluntary code for equality in football. Sue Hough, Rupinder Bains and Mark Bullingham are working with Paul together with senior individuals, of all ethnicities, from across football.

‘In parallel with the work Paul has been leading, I have been talking to leaders across the Professional and National Game to encourage progress in inclusion.

‘Our game is diverse. We have doubled the number of women and girls playing football in the last four years.

‘Across the whole game nearly 20 per cent of males aged 16 and over playing football are from BAME communities. The figure for women and girls is even higher.

‘The FA Board has made good progress on inclusion since the reforms approved by Council in 2017. 10 per cent of FA Board members are from a BAME background and 10 per cent come from the LGBT+ community. 40 per cent of the FA Board is female.

‘At last week’s FA Board meeting we debated the need to evaluate further reform to improve inclusion and effectiveness on the FA Board for consultation with Council.

‘We discussed a number of options including: making the Chair of the Inclusion Advisory Board a Director and giving the Professional and National Games an extra Board seat each that could provide the flexibility to allow appointment of diverse candidates should they be the best qualified person for the role.

‘Both our Independent Directors offered to stand down to create opportunities for a more diverse Board but the Board was united in declining their offer.

‘However, without the support of the Professional Game and National Game, who have a majority of Directors, a review of the FA Board composition is not possible.

‘I had hoped that the FA, as the game’s governing body, would have been able to examine whether its own Board was appropriately constituted to represent a diverse game and share its thinking with Council. This process is happening across football but will not now happen with respect to the FA Board.

‘As FA Chairman this disappoints me, as Leader of Council I felt honour bound to inform you of the situation.

‘It seems to me better to be open on the issue now rather than surprise Council when Paul Elliott publishes the recommendations of his working group in October.’

NASSER HUSSAIN: England have mainly gone wrong in the field during this first Test against Pakistan